“The longer I taught golf the more surprised looks I saw on the faces of students.
There’s a lot of breakthrough learning on golf lesson tees. Students discover what
they’re capable of, and it truly amazes them. As a corporate trainer and sales mentor
to financial planners and golf academies, I measure success by those breakthrough
moments of self-discovery—and by the new levels of motivation that come next.” 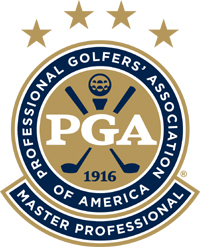 Andy Hilts is a recognized expert in the business of golf instruction and a leader in the growing field of revenue optimization for golf academies. Through his consultancy, Hilts Golf, he trains and advises prominent instructors on business development and profit enhancement, via seminars and workshops that top coaches have praised for their technical detail and motivational force. From 2005 to 2013 Hilts oversaw teacher training for GOLFTEC, guiding and mentoring some 2,000 GOLFTEC coaches worldwide. Prior to that he was a full-time golf coach, giving 12,000-plus lessons. Hilts achieved the status of PGA Master Professional in Instruction just six years after his 1999 graduation from the Professional Golf Management program at Mississippi State University.

Andy was honored in 2005 as the Colorado PGA Teacher of the Year. In both 2008 and 2015 he received the Colorado PGA Horton Smith Award. From 2009-2013 Hilts was listed by Golf Digest as one “America’s Best Young Teachers,” ranking No. 3 on the magazine’s list of Best Teachers in Colorado. In 2012 the Golf Range Association of America named him one of the “Top 50 Growth of the Game Teachers.” Hilts has been a member of the Colorado PGA Education Committee since 2014. He has also served on the Instruction Committee of the PGA of America. From 2017 through 2019, Hilts handled day-to-day operations for Proponent Group, a GOLF Channel-owned membership organization comprising 700 of the industry’s top coaches.

Send us a note and we’ll get back in touch right away!